Some pictures of the eaglet taken a last week. I was at the nest sight just at sunrise. R.J 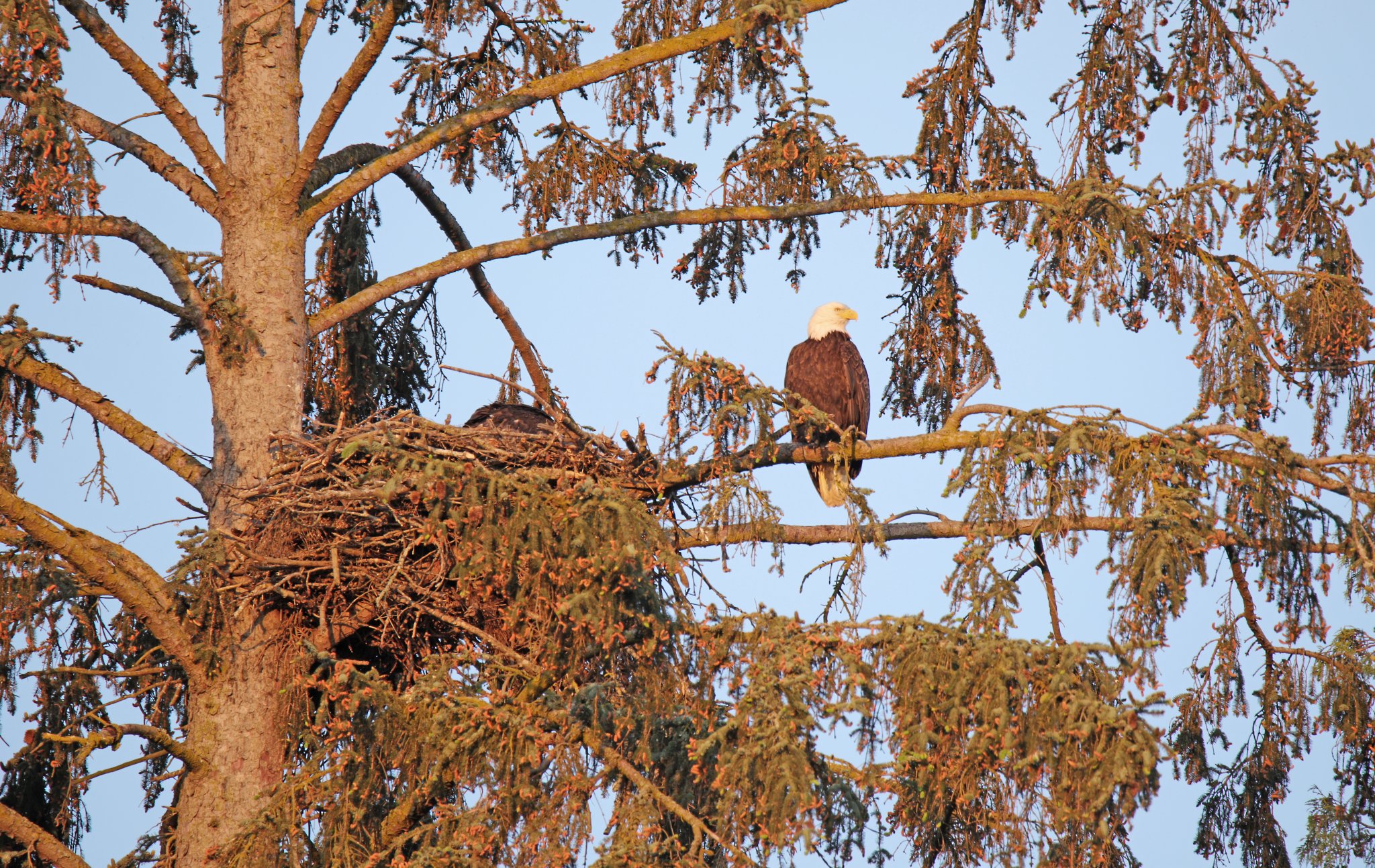 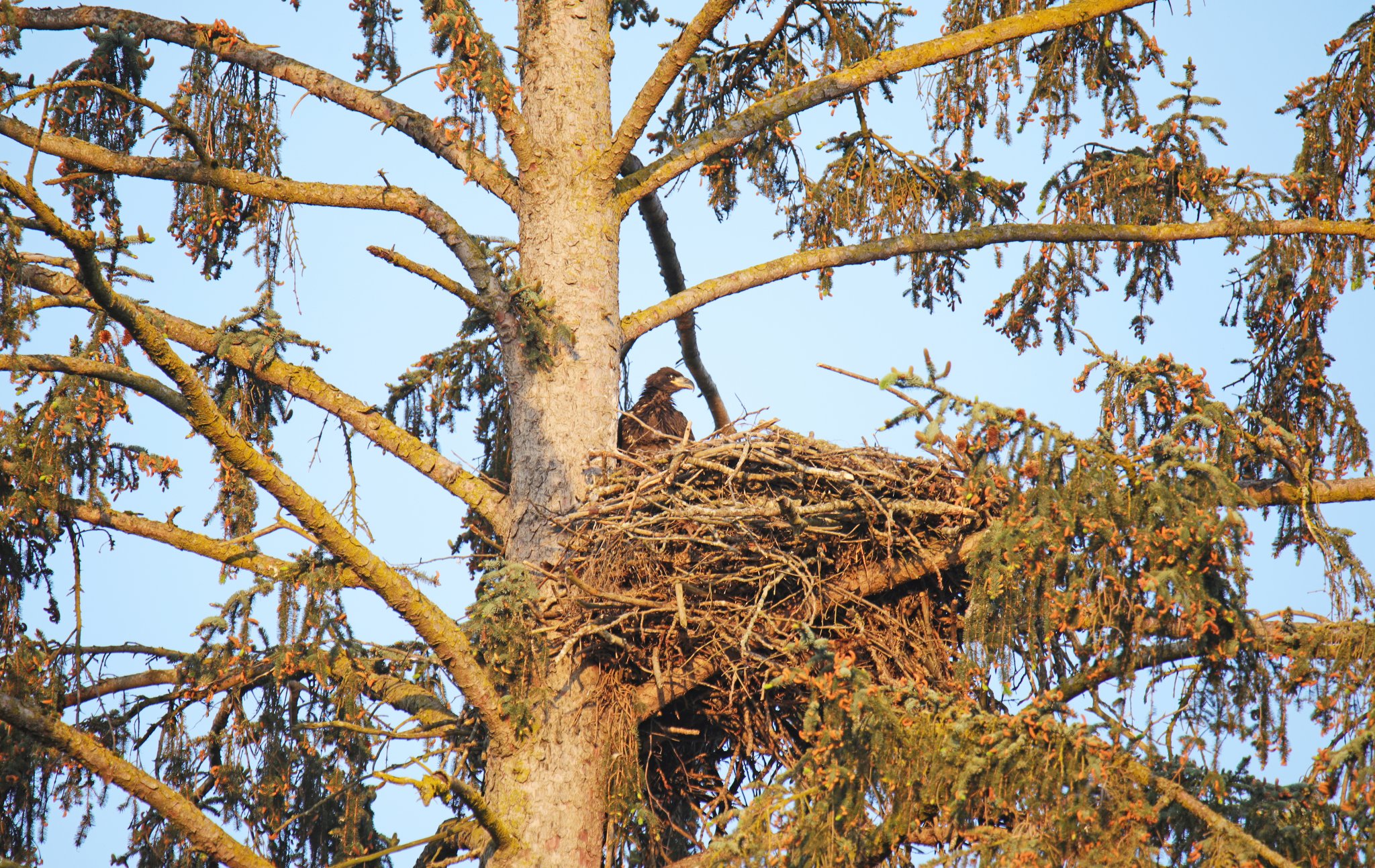 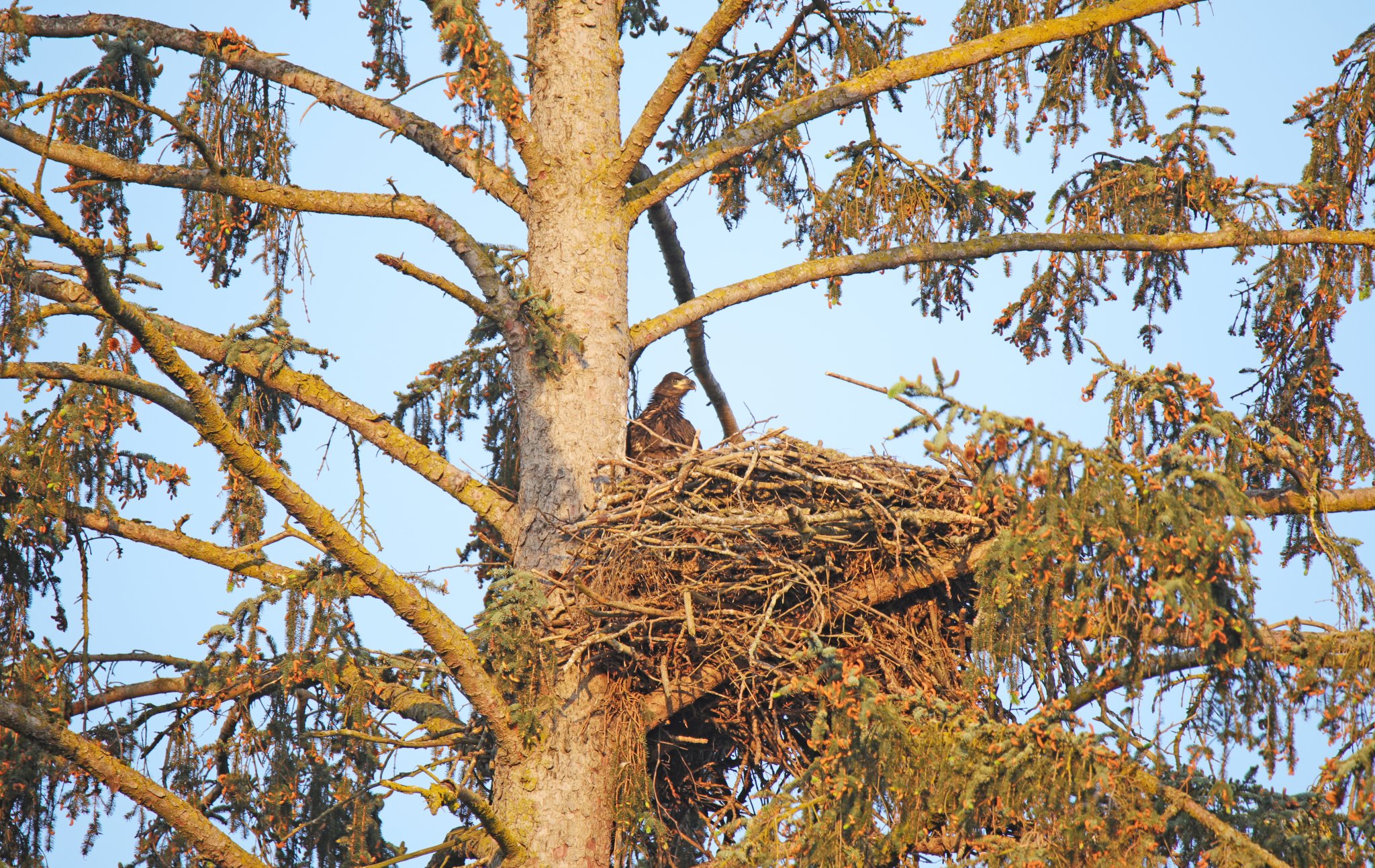 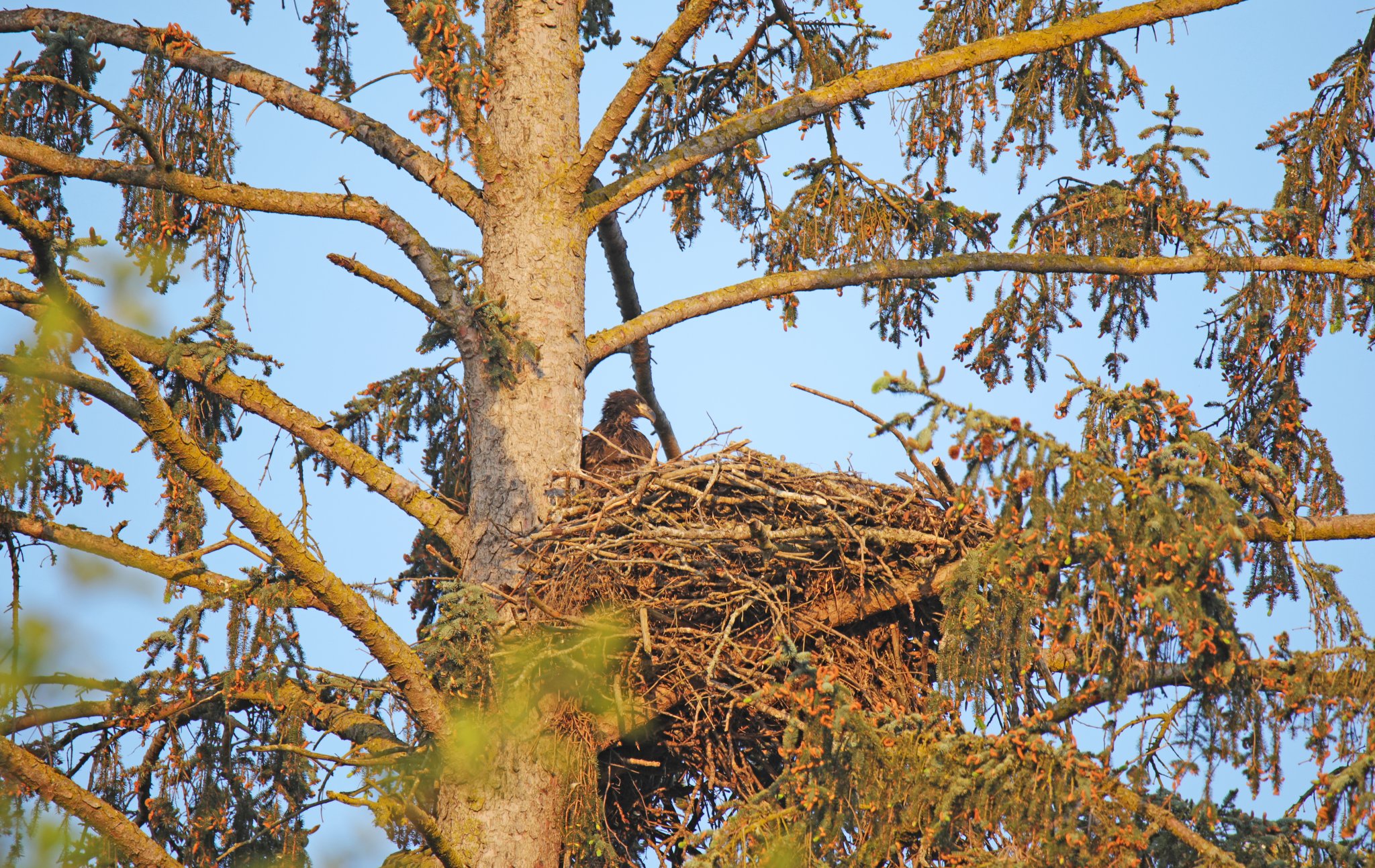 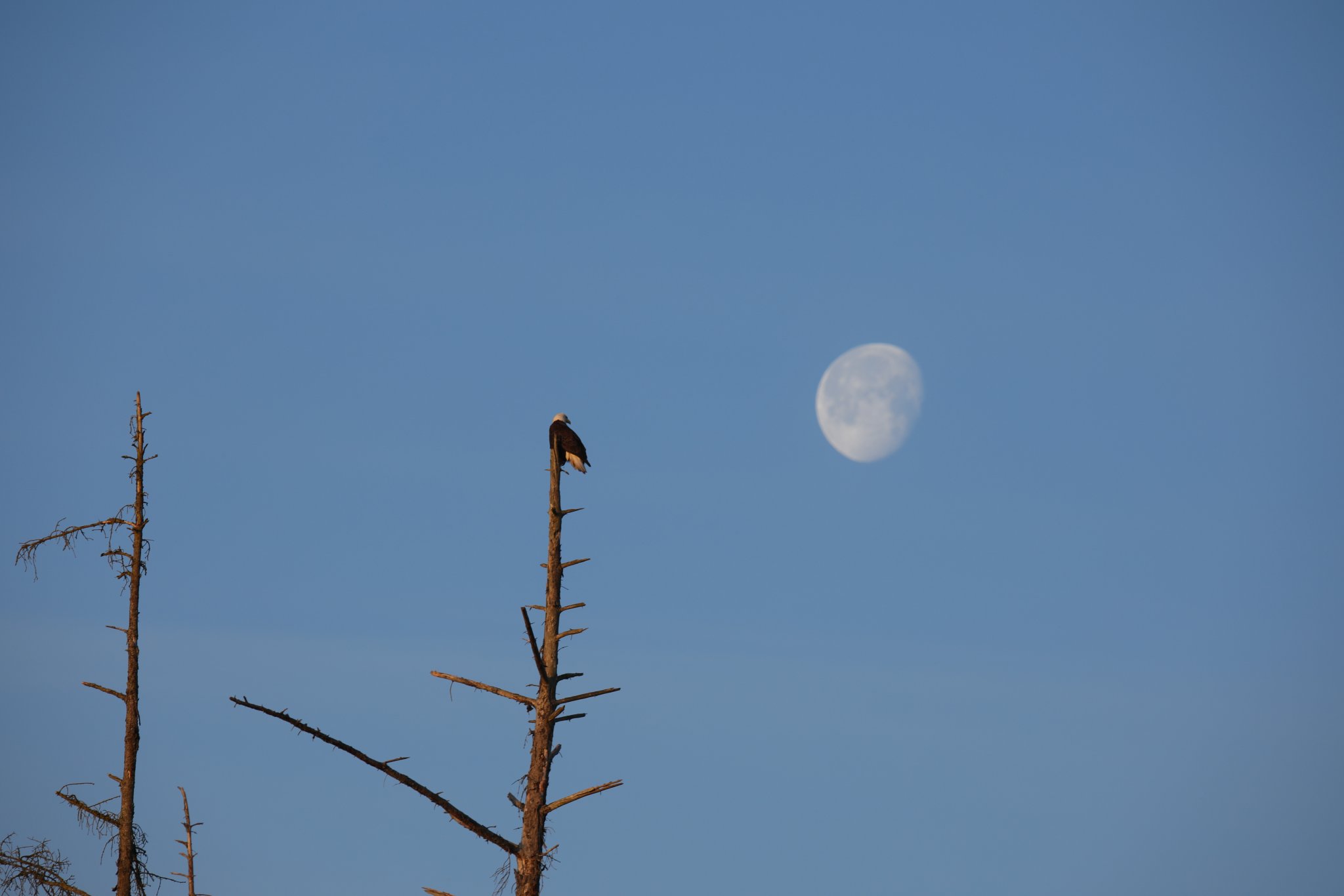 Staff member
The Smith Island adults really got an early start to nesting this year compare to the Pt. Edwards pair in Edmonds-Woodway.
R

They started in mid March, I do believe. The Smith Island pair are unusual, that they almost always rear one eaglet every year . They are successful raising there off spring . R.J

RickyRed2057 said:
They started in mid March, I do believe. The Smith Island pair are unusual, that they almost always rear one eaglet every year . They are successful raising there off spring . R.J
Click to expand...

The Pt. Edwards eagles usually raise 1-2 eaglets every year, although they have occasionally skipped a year. As you can see from my photos taken earlier this week, this year they started much later than the Smith Island pair.
R

The new pair of Osprey are still building there nest, They probably wont have a clutch until some time in June. If you watch the live cams of Eagles nests on YouTube, Some have fledged in the past few days, Its really interesting to watch the eaglets get there courage up and then go. Then they think, well that was pretty easy. Now , how do I land?

Staff member
I checked my photos of the Pt. Edwards eagles from 2019. Even though they return to Pt. Edwards in Sept. or Oct. after their annual summer sabbatical, they seem slow to nest compared to eagles elsewhere. Check out the dates of last year's photos of the eaglets. They did not fledge until July.

Saturday afternoon (3-16-19) my son and I were driving south on Sunset Ave. when we saw an eagle circling ahead of us over Woodway. We drove up Pine St. to look for it. It had landed on one of the sentry trees near the nest and was calling for its mate. The mate responded and flew up to...

In 2018 I got my first shot of the downy eaglet in late May (like this year) and it did not fledge until late July or early August.

Continued from page 3. Another landing, this one from the south into the nest.

Last year 2019. What I call the Fir Island pair. Fledged there first eaglet, Then fledged a second eaglet thru the summer. This is not unusual, when there is plenty of food. Most eagles from this region follow the summer fish runs up to Alaska, Then return in late fall to winter in the Skagit and thru out Western Washington. What I have noticed the past few years is the huge increase in Eagle populations in Puget Sound area. Just in Union Bay in winter, You can often see five or six eagles hanging out. They eat a lot of Coots and other types of ducks. R.J
You must log in or register to reply here.
Share:
Facebook Twitter Reddit Pinterest Tumblr WhatsApp Email Share Link
Affiliate Disclosure: We may receive a commision from some of the links and ads shown on this website (Learn More Here)