Staff member
My first winter in the Puget Sound region was 1991-92. It was snowless, which I thought was the norm. I later read that it was the first winter for the area without a recorded snowfall in recorded history. Since then, snowless winters have become the norm rather than the exception. I also noticed that when we do get snow, it is usually between Thanksgiving and New Years.

This winter was unseasonably warm up until February, when we began to have snowfalls followed by cold weather which kept the snow on the ground. Thanks to four wheel drive, I have been out taking photos of snow along the waterfront and at the marsh.

Saturday 2-9-19
Some scenes from the fishing pier and Olympic Beach park. 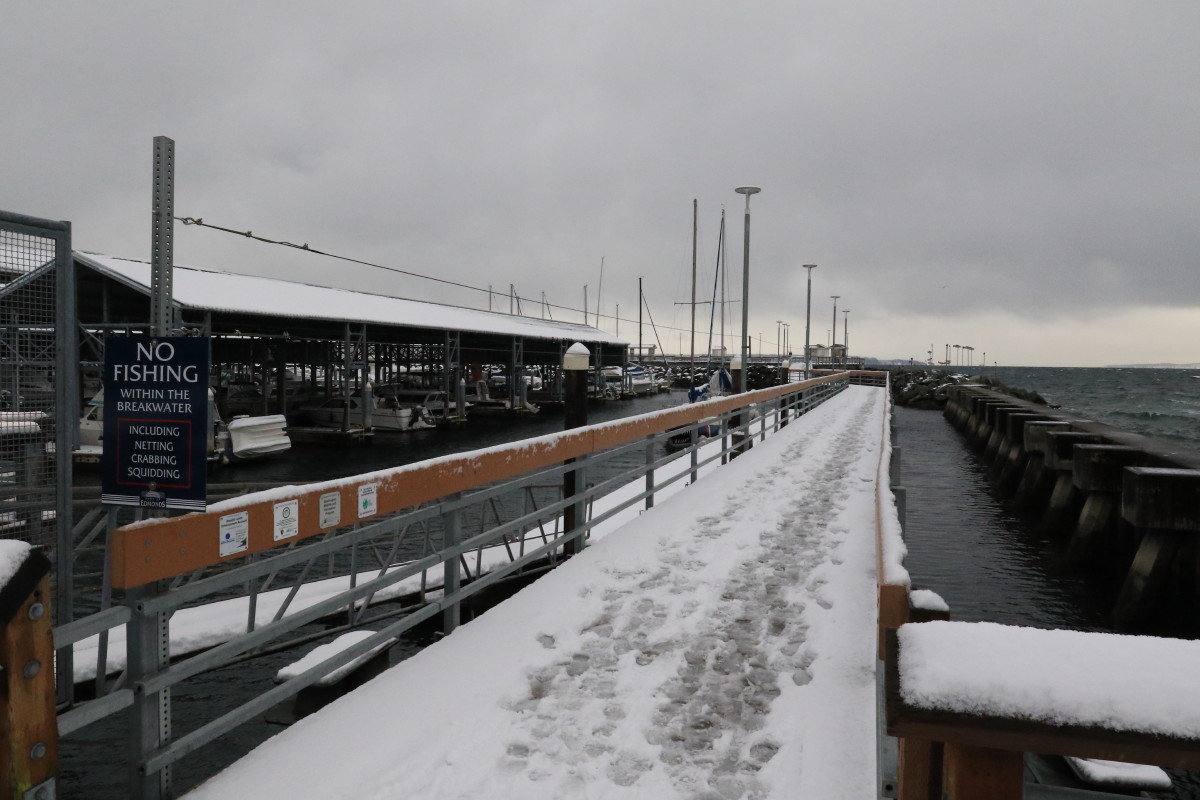 The wind was high, which made the windchill low. 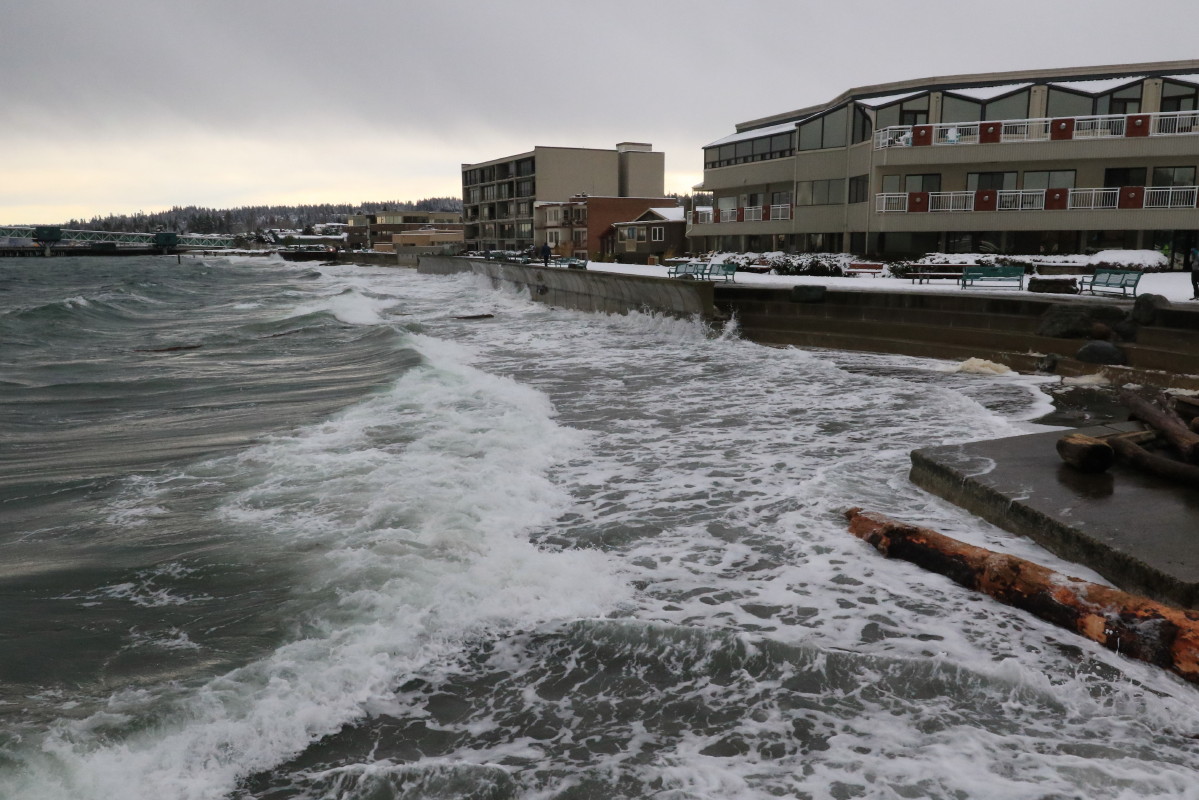 I always thought Koreans were tough and liked cold weather, but my son Daren proved it is best not to stereotype. 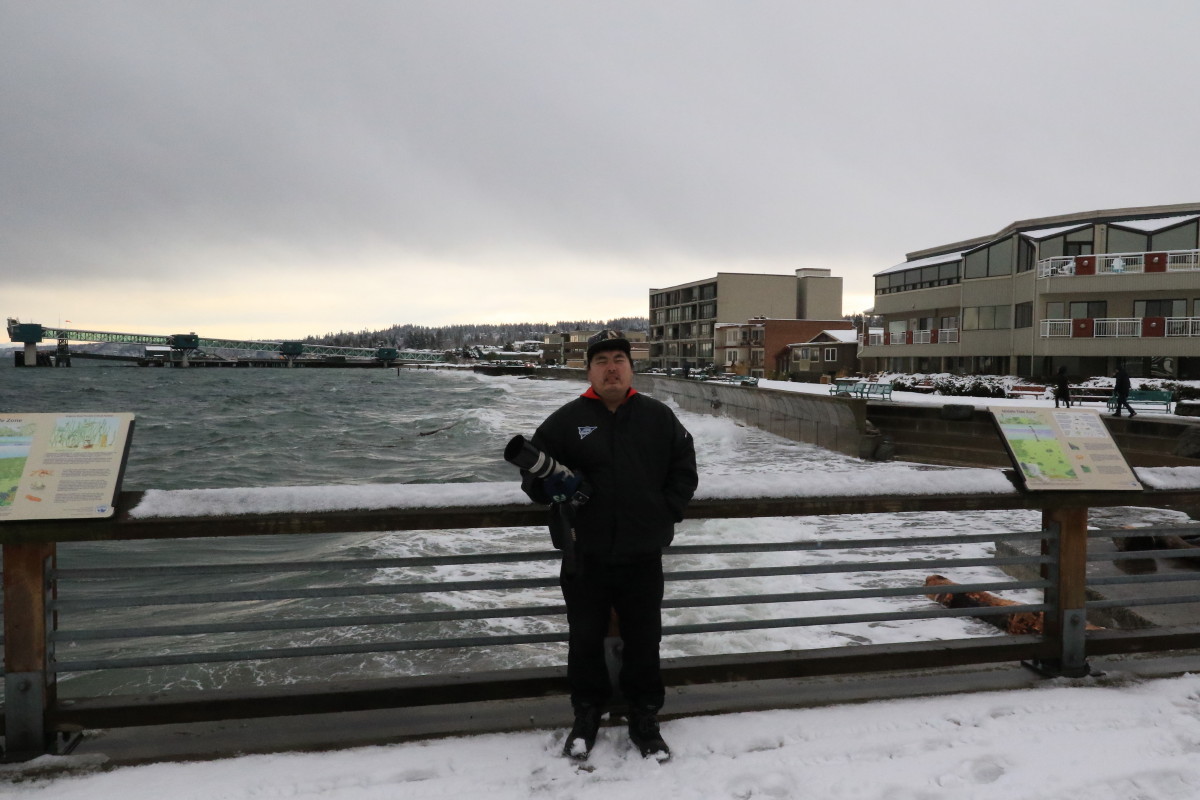 Driftwood stacked up from the high tide and big waves. A year or two ago there was a dead deer in a similar pile. 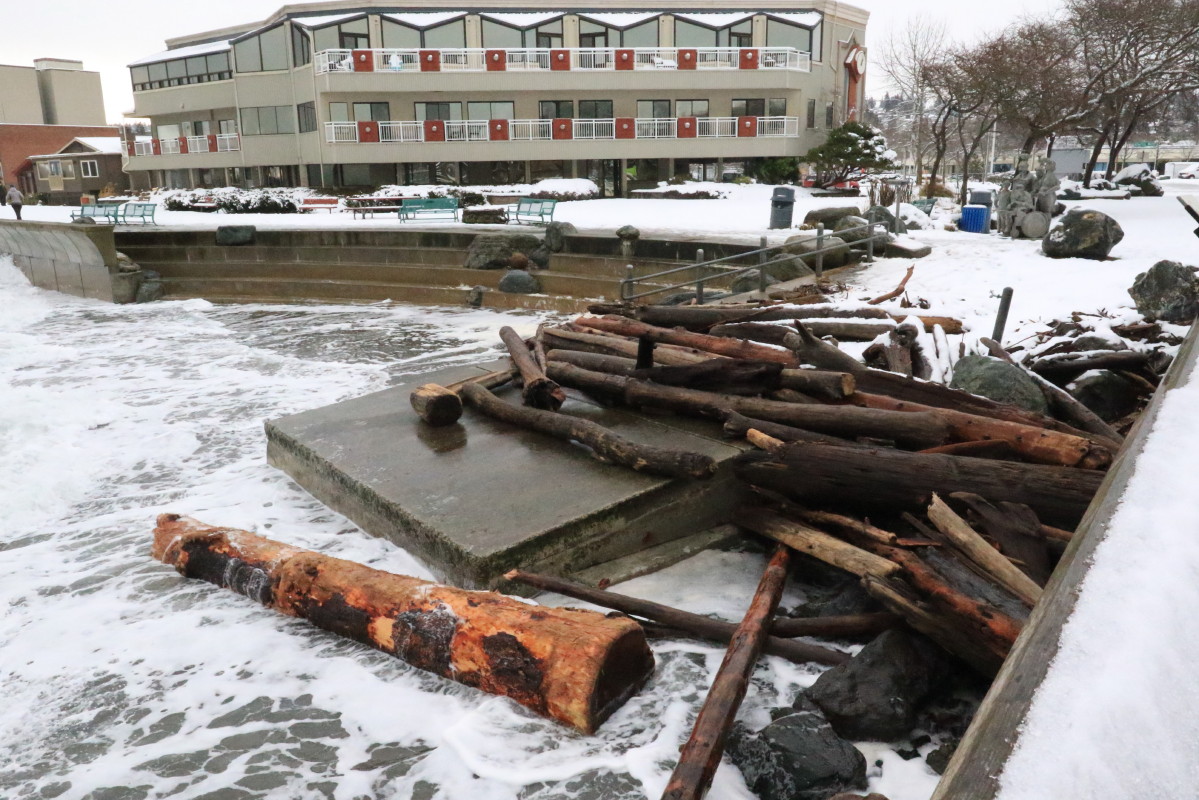 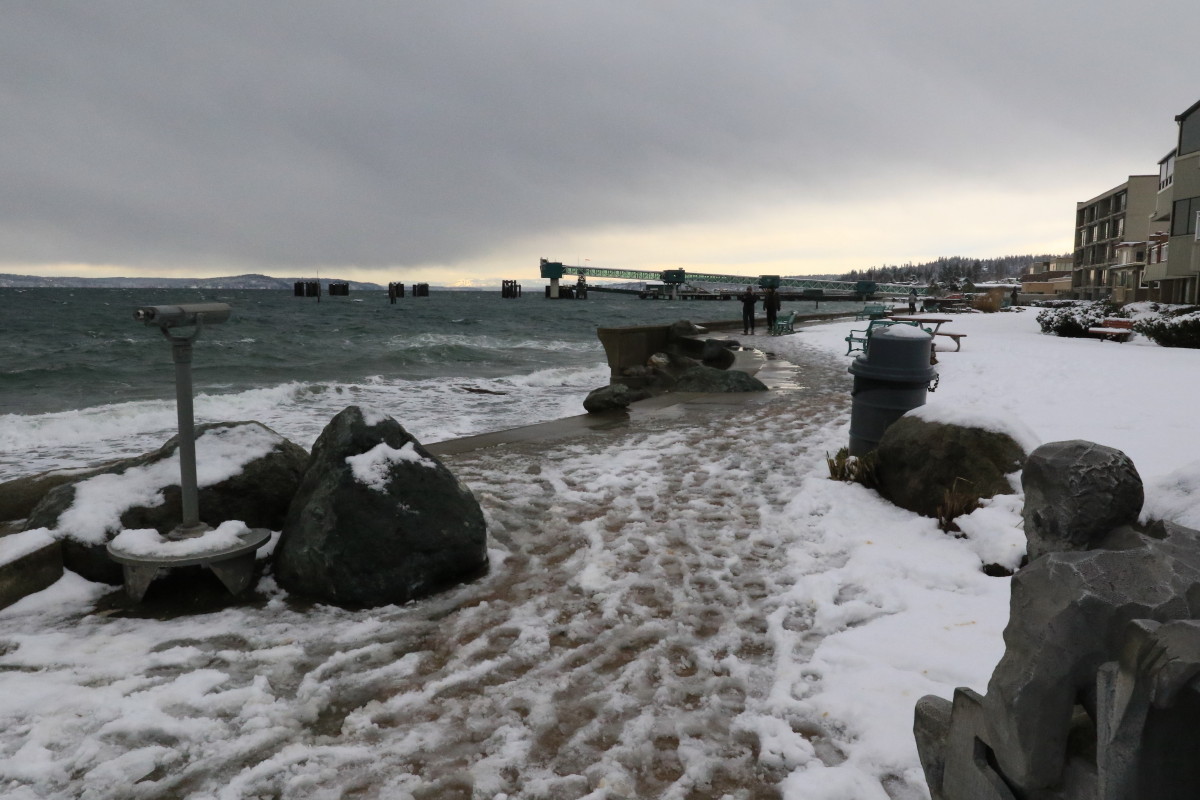 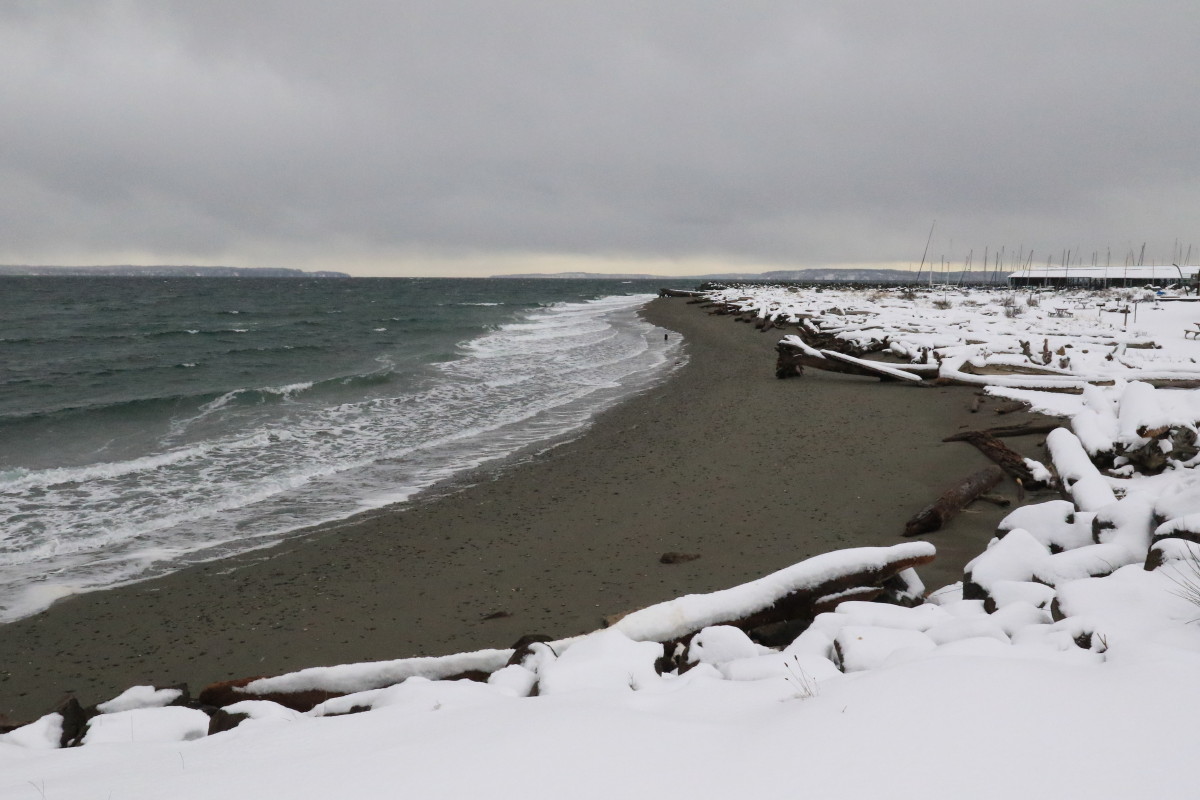 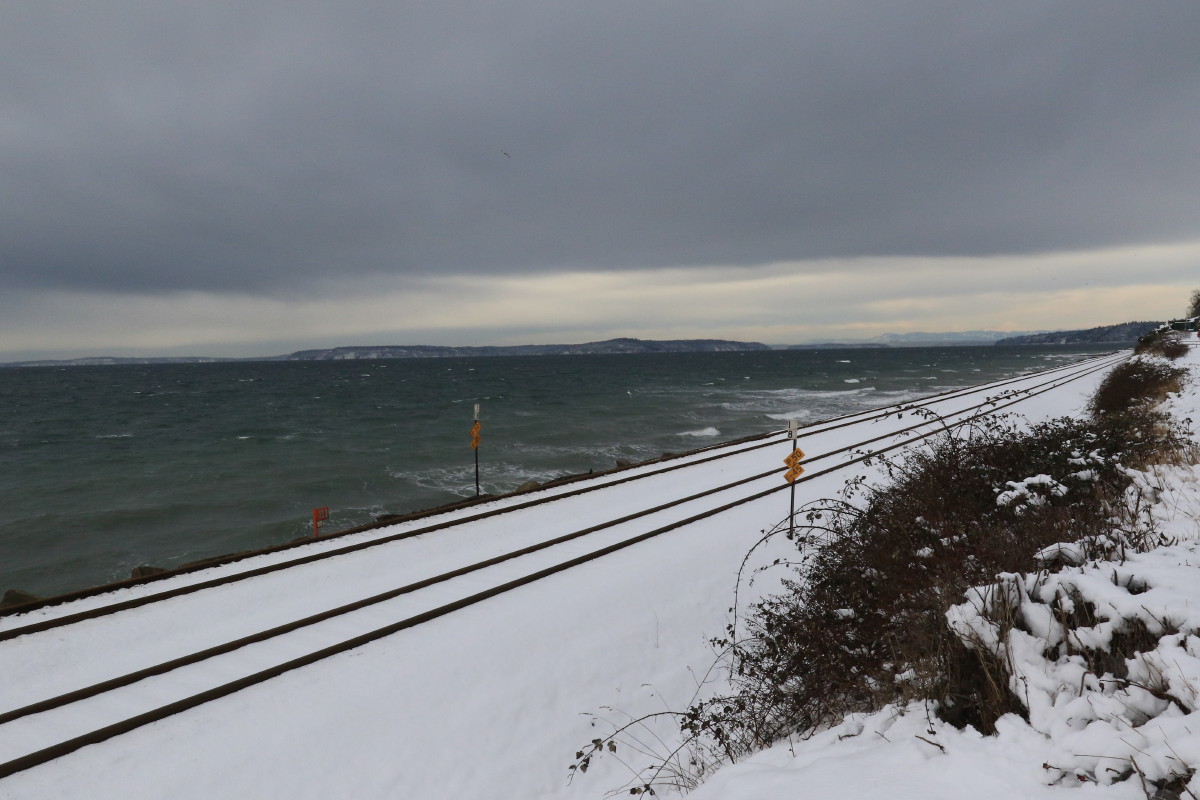 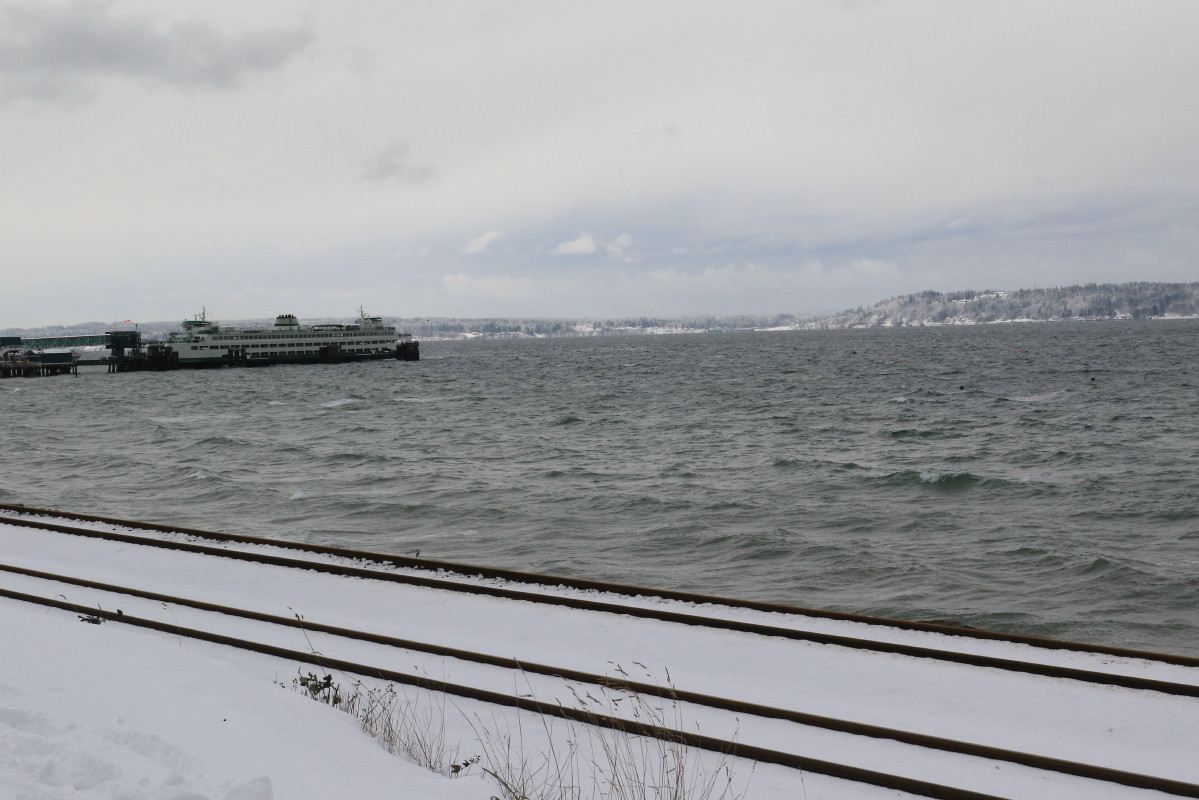 Closeup of a cattail at the marsh. 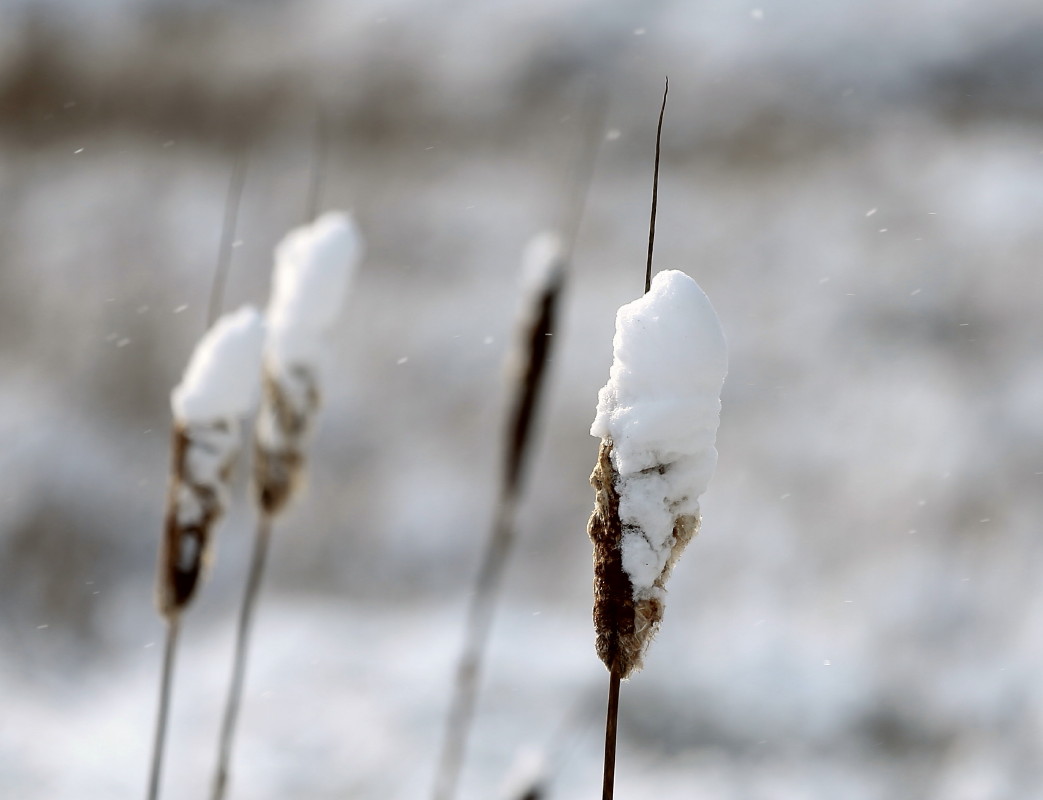 Why swallows fly south for the winter. 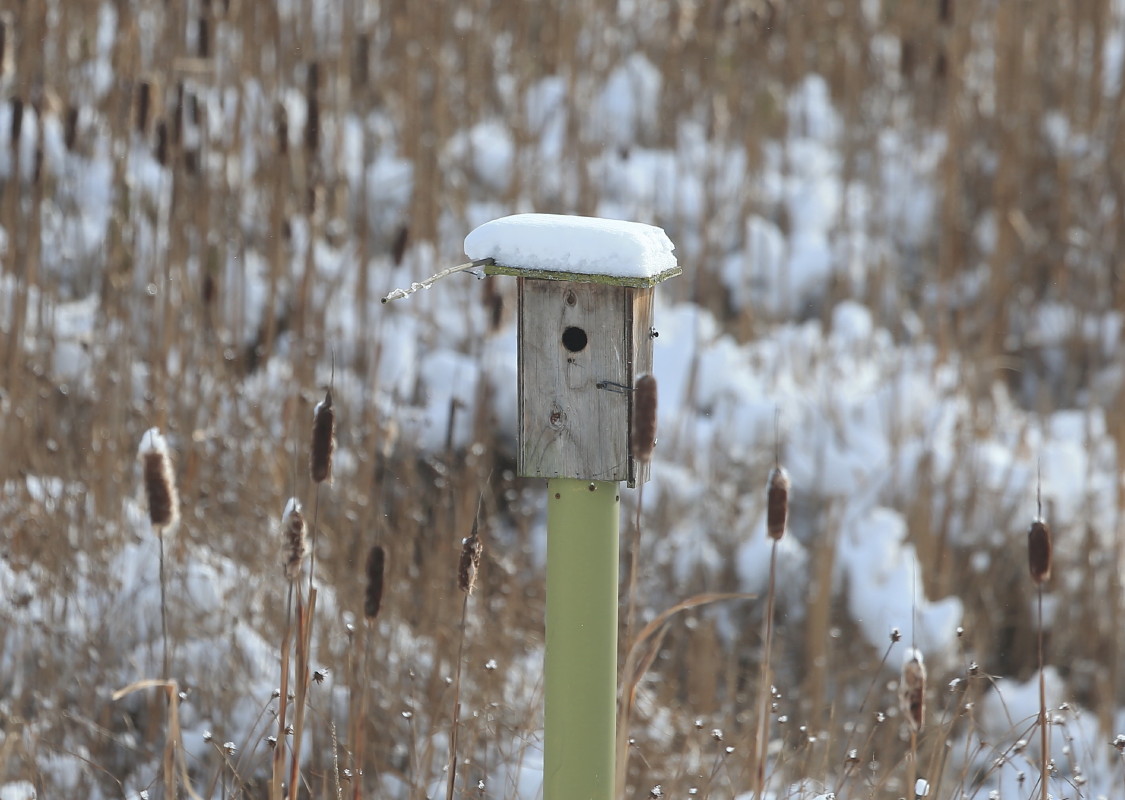 Staff member
It snowed all Monday night-Tuesday morning (2/11-12/19), leaving about a foot total on the roofs of the houses on my court. It started warming up Tuesday morning. Temps are hovering around freezing as I type and the precipitation is something that borders on snow and rain.

The heavy snow bent over two fir bushes, effectively blocking the side of the driveway I use for my pickup. 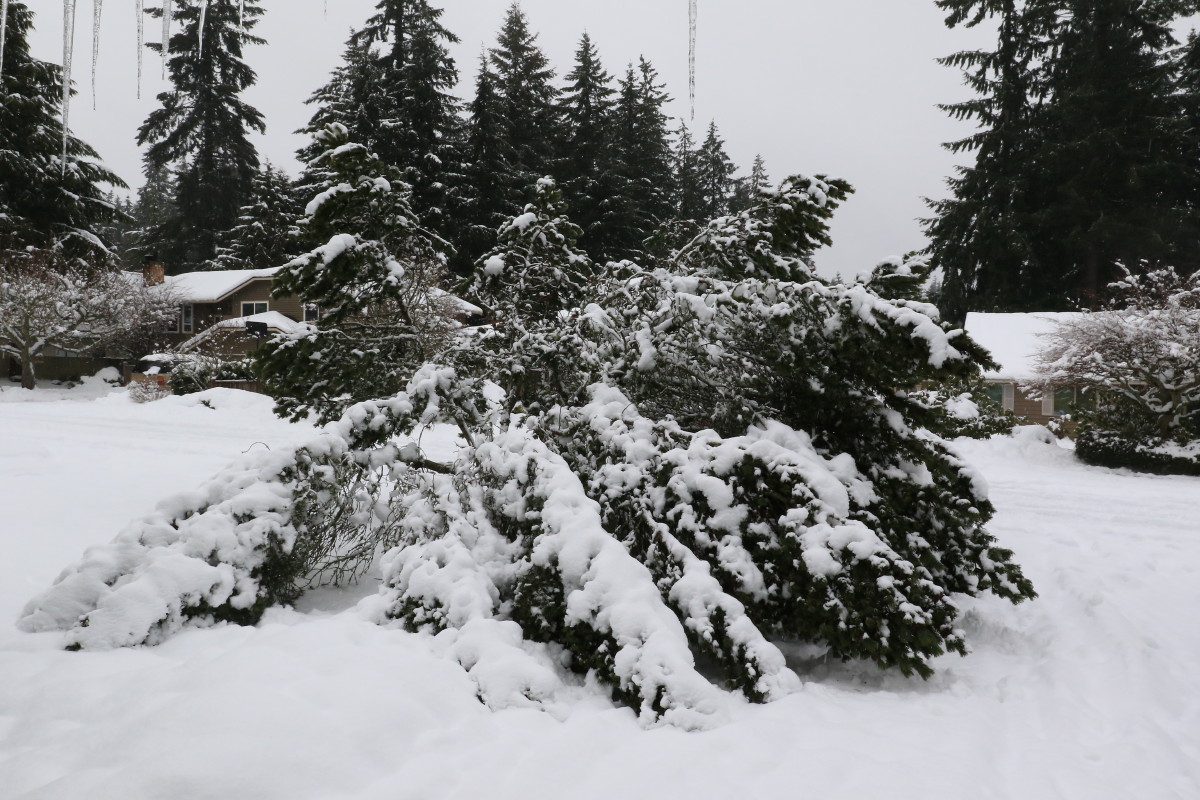 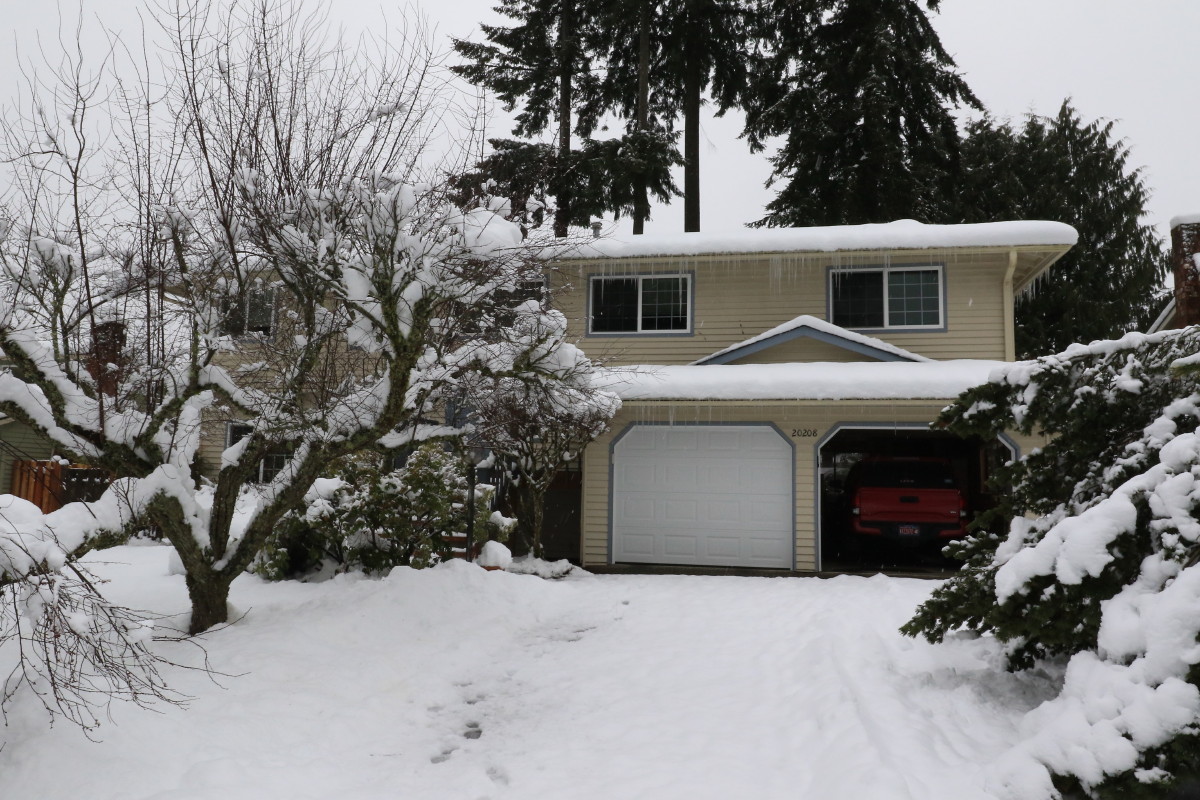 One bough from the deciduous tree in front yard was weighed down as well. 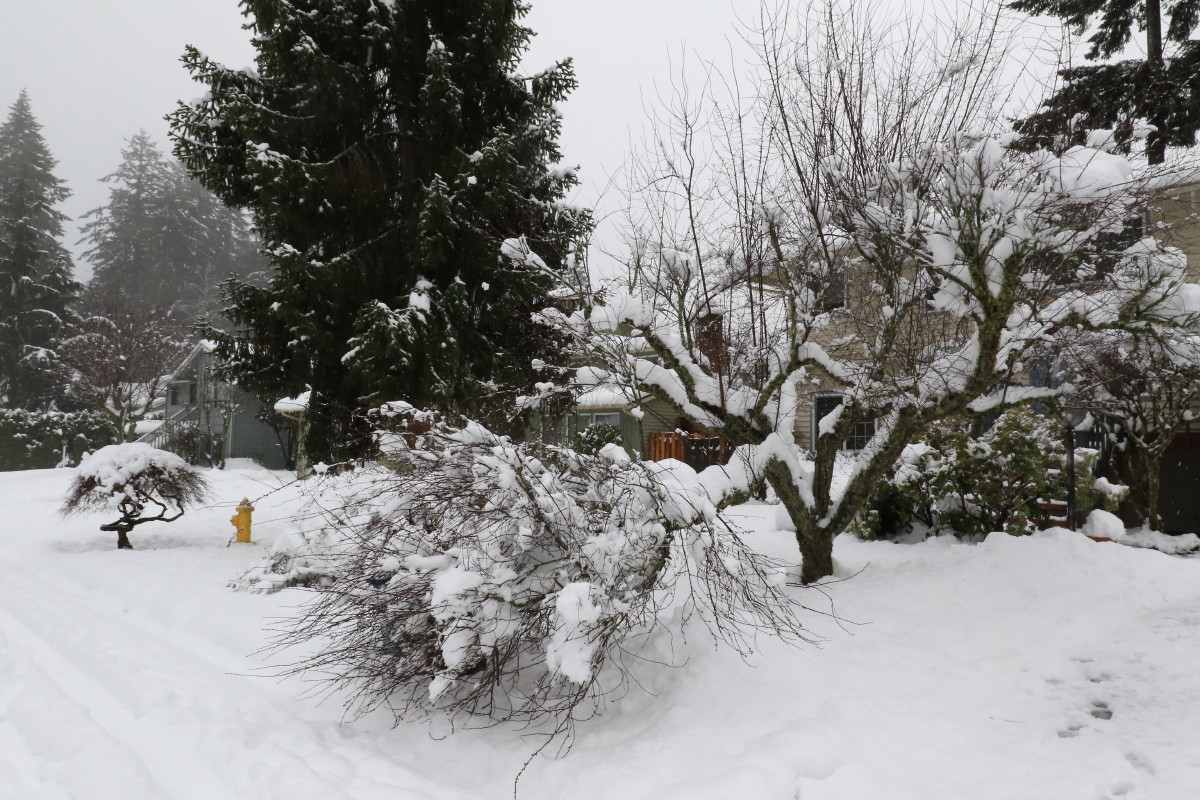 Looking south to the end of our court. The tall trees in the background are the north end of Pine Ridge Park, home to pileated woodpeckers, barred owls, and Douglas squirrels that sometimes visit my backyard. 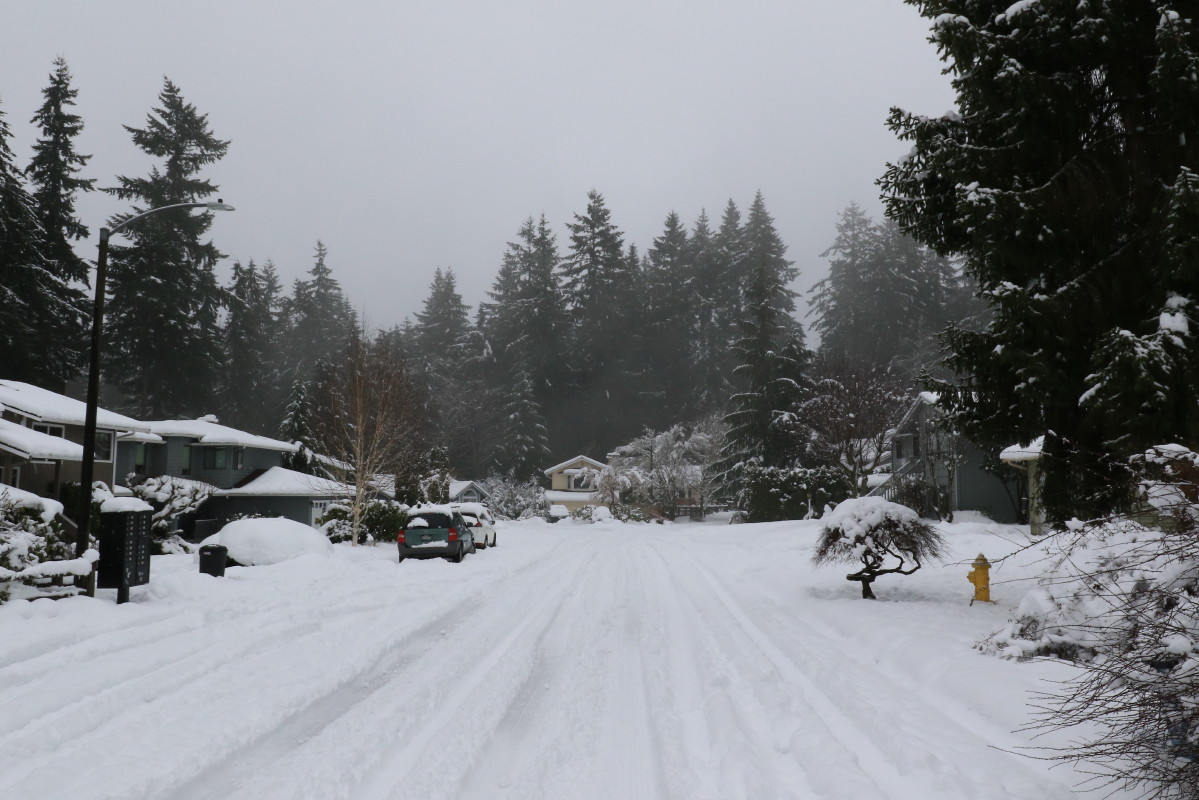 I guess you could say snow is fun when less frequent. Gives the neighborhood a totally different look. Interesting. I can't imagine living in it for months at a time and 6' high, a great incentive to retire as soon as you can and become a snowbird. I would certainly become one if I lived in Buffalo, NY. Phoenix this time of year is beautiful, weather-wise that is, but when summer hits it's the worst place on earth. I learned quick not to visit Phoenix in the middle of August, I did that in 1989, it was so hot they had to close the airport. I thought my car A/C was broken and I still remember the smell of the air, it smelled like burnt paint. I had a love-hate relationship with the place.

Staff member
I moved from Sacramento to Phoenix, where I lived for a year. Talk about jumping out of the frying pan into the fire. I was very happy to be transferred to Chicago after a 20 month stint at the Defense Language Institute in Monterrey.

Staff member
I typically spend Wednesday lunch hours at Mini Park in Lynnwood photographing birds and the occasional otter on Sprague Pond while my son is working out at the gym. There was not much activity yesterday (2-13-19) as the pond was frozen and snowed over. 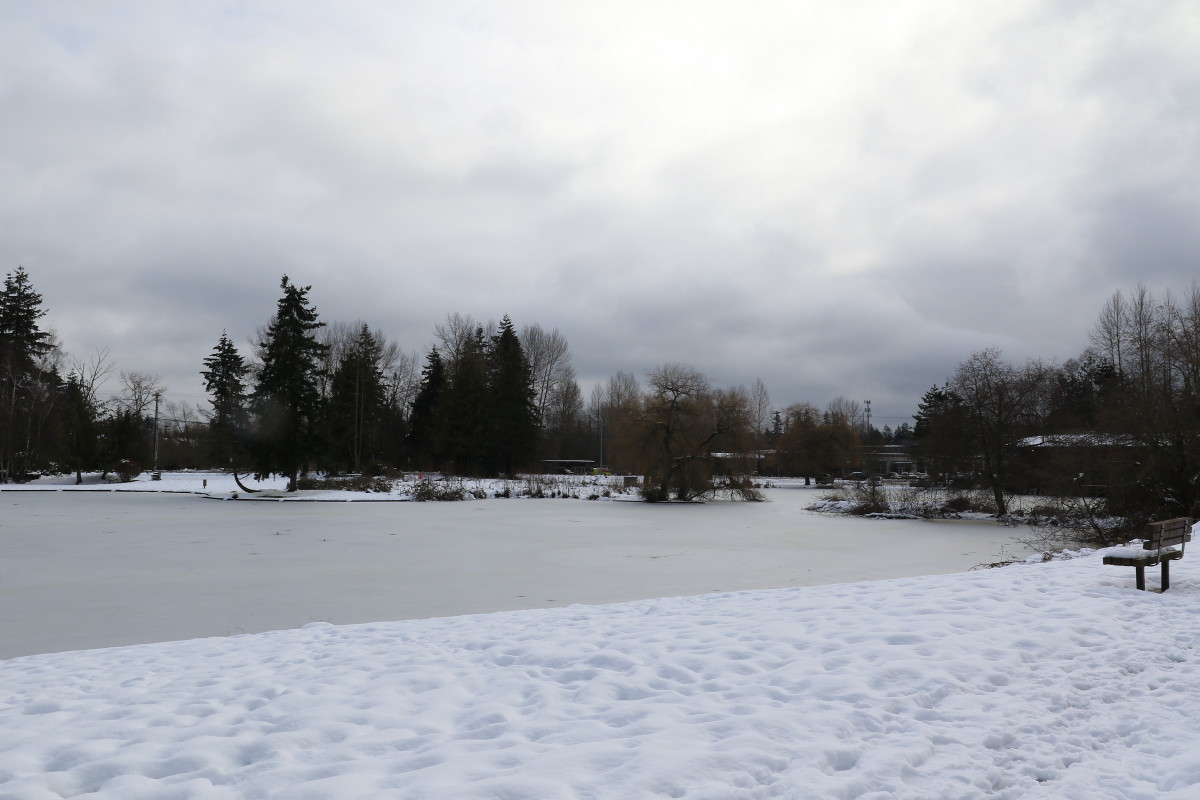 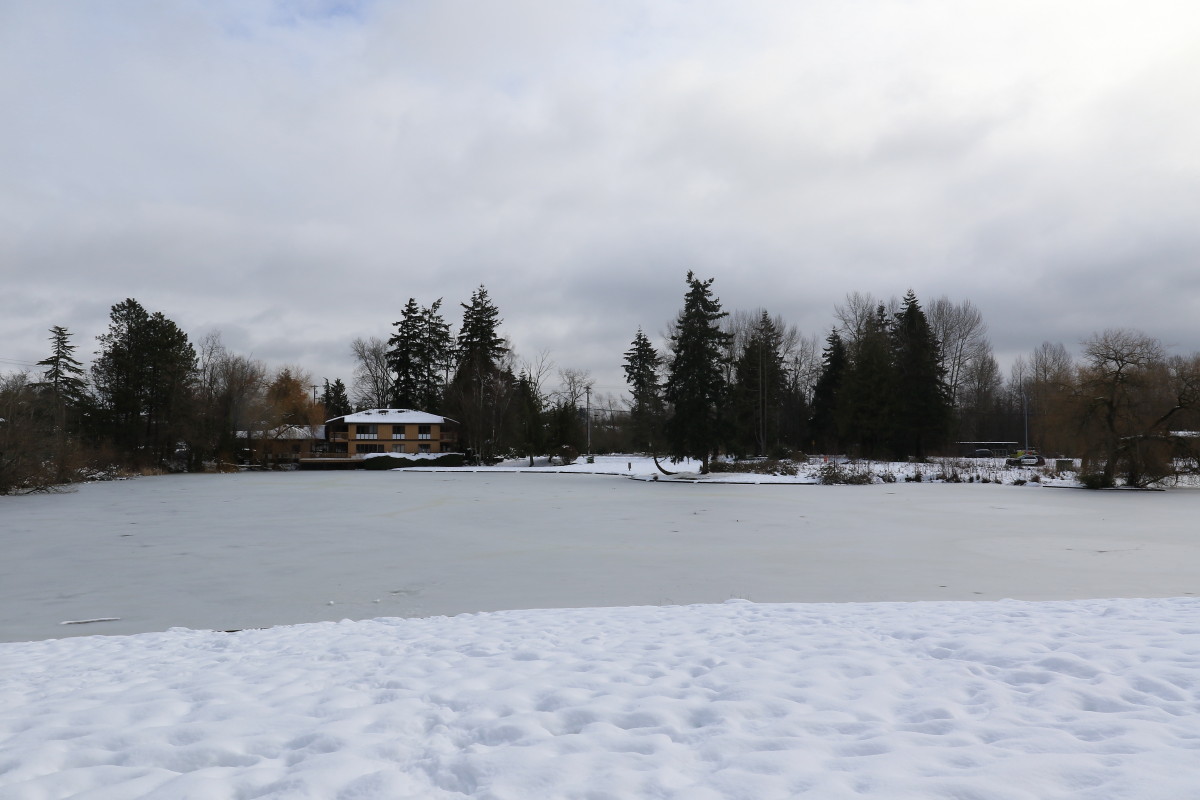 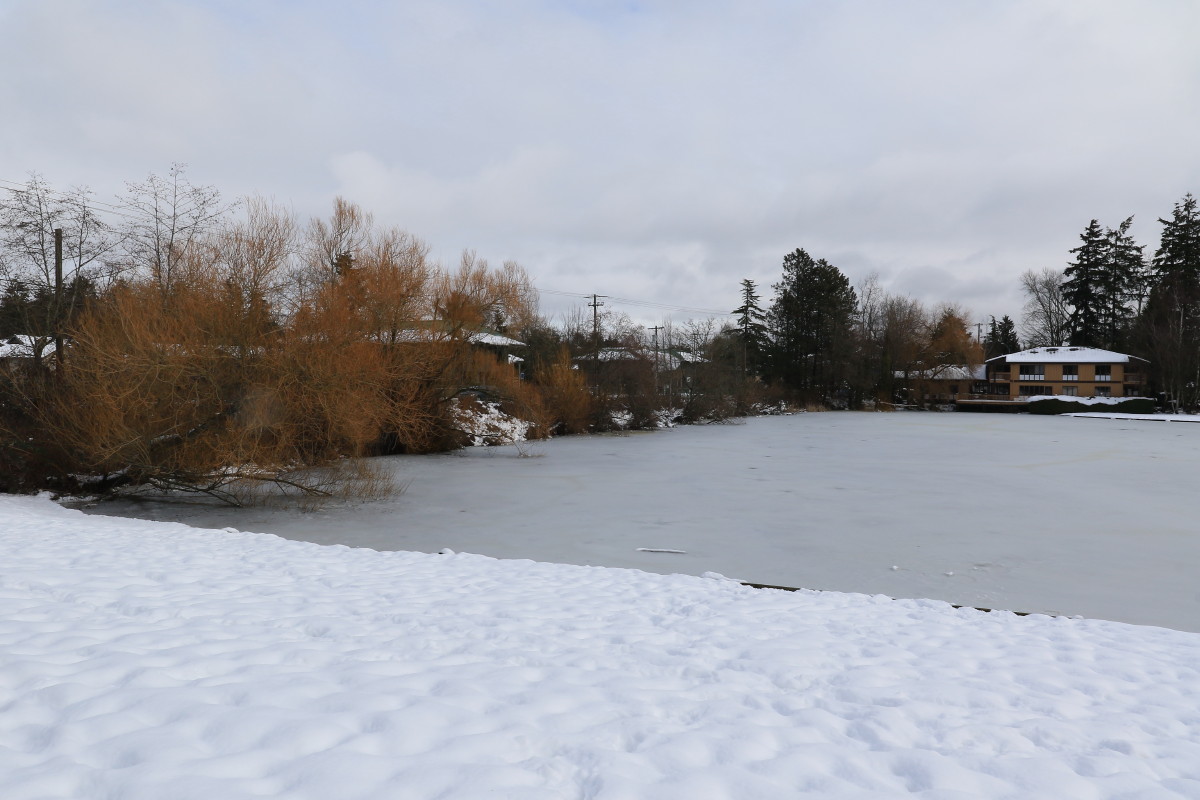 Staff member
The snow has mostly melted and our street is bare. We finally have garbage service after three weeks. There were some predictions of snow today, but I can live with that as I am listening to the garbage truck on our court as I type.

Our local schools typically stay in session until mid June. With all of the snow days to be made up, the kids may be in class until nearly the Fourth of July.
You must log in or register to reply here.
Share:
Facebook Twitter Reddit Pinterest Tumblr WhatsApp Email Link
Affiliate Disclosure: We may receive a commision from some of the links and ads shown on this website (Learn More Here)