Menu
Log in
Register
Install the app
You are using an out of date browser. It may not display this or other websites correctly.
You should upgrade or use an alternative browser.
PNWPhotos.com a friendly and growing community of photographers with an interest in the Pacific Northwest region. We feature a Photography Discussion Forum and Pacific Northwest Photo Gallery. It's a fun and friendly place to talk with other photographers, ask questions, share you knowledge, view and post photos and more! 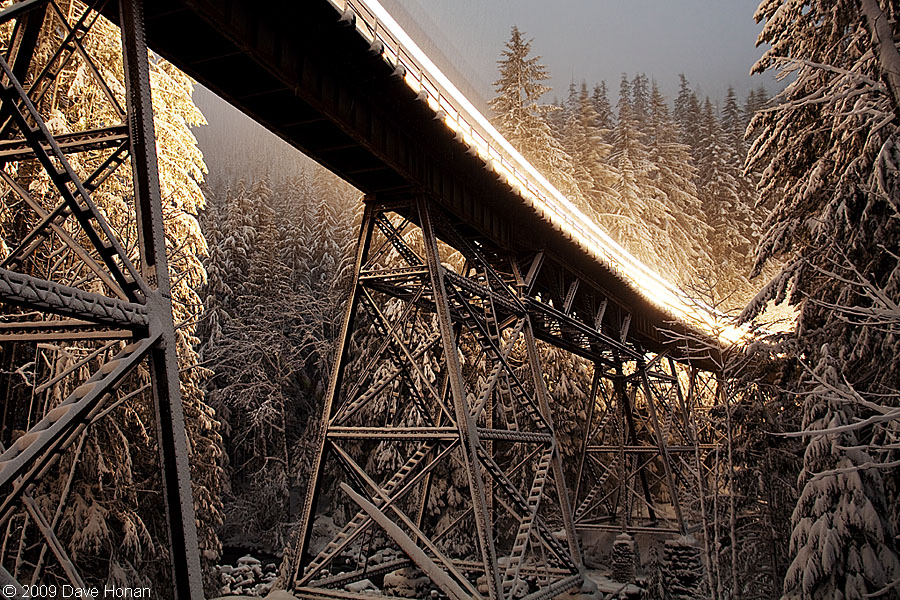 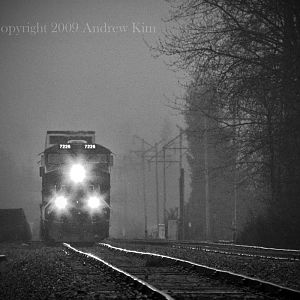 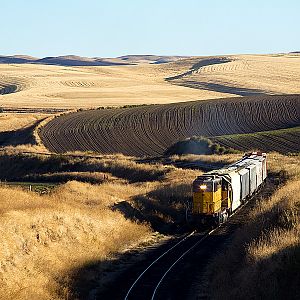 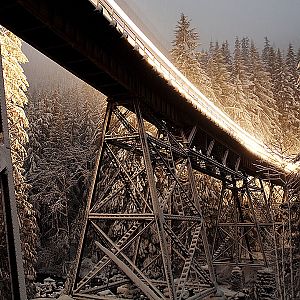 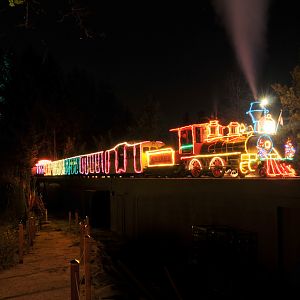 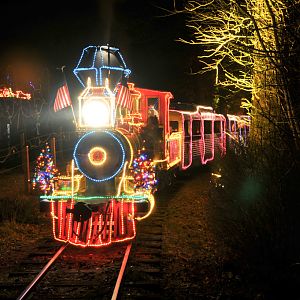 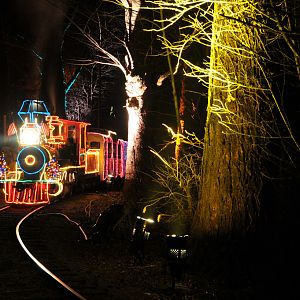 The only word I can find to describe this scene is &quot;surreal.&quot; Indeed, a bright three-quarter moon lighting up the Cascade Range forest during a blizzard could only be something imagined in one's dreams... except that it happened. In one of those incredibly rare instances where everything just came together perfectly, as I was setting up this photo the clouds overhead tore open and let the moonlight filter through to shine down on the snow-covered forest. In the distance I heard the faint cry of a horn blowing for a grade crossing in Skykomish, and a few minutes later the sound of hard-working GEs -- muted by the thousands of snow-laden limbs -- became audible over the burble of the river's water flowing amongst the rocks below. Finally, as the snow continued to fall, an eastbound Z train burst out onto the Foss River bridge, the bright beams of its highlights reflected by the snow-covered trees to cast a golden glow throughout the scene. Then, seemingly in an instant, it was over -- the train gone, taking its light and noise with it; a thick cloud drifting across the sky, returning the forest to its proper nighttime darkness; and all that remained was the familiar sound of the river's rushing water, reminding me that I had awoken from my living dream and returned to normality. (Thanks to Steve Carter for the inspiration.)

Click to expand...
As seen in Trains Magazine... Grand Prize Winner of the Trains/Canon 2009 photo contest.
Incredible lighting, and amazing how the snow sticks to everything in the shot. Not sure how you managed to get moonlight during a blizzard, but the results are spectacular!

One thing I pointed out to Dave that I really like is how the tree on the left echos the lines of the steel bridge pier. The well defined edge accentuates the opening under the trestle, and really adds some nice depth to the shot.
awesome
I liked Steve Carter's image as well; but this one is amazing!!